Sometimes you need to give something to receive.  In 2012, Sullivan|Day Construction was approached by the leasing agent for the owners of Oak Knoll Animal Hospital in St. Louis Park to help with assessing the building they were considering buying to relocate their clinic into.  With no promise of future work, we performed a site visit and delivered our findings including a detailed examination of the roof and what it would cost to replace.  We stayed in touch with

the architect and client over the next two years and were granted an opportunity to bid on the project in early 2014.  We were selected as the general contractor and helped the project team come up with cost savings ideas to get the project closer to the doctor’s desired budget.  The facility was built in the fall and opened in December 2014.

The building, built in 1951, has an interesting history and posed a variety of challenges for the design and construction team.  The building has housed the Swatez Department Store, several hardware and bike stores, and the last tenant was Pizza Hut.  The 60 year old Swatez sign on the east side of the building was exposed after a large billboard was removed at the outset of the project.

The scope called for the complete demolition of the interior space, including the improvements in the basement.  Asbestos was discovered in floor tile and mastic, hidden under several layers of other flooring, and had to be abated.  The roof structure was not sufficient to hold the new roof top HVAC equipment so that was set on pads on the outside of the building in the rear.  The front façade was completely remodeled including new storefront and entry, corner tower element, stucco, stone, canopy and sign.  The project has a resulted in a beautiful addition to Minnetonka Blvd. and a great new home for Oak Knoll’s clients and team members. 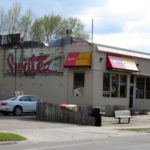 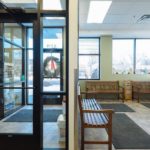 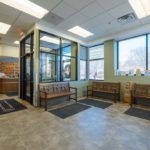 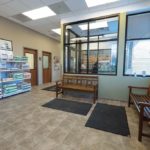 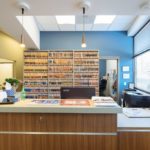 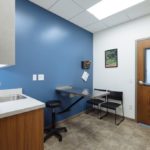 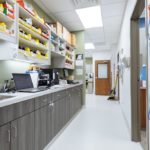 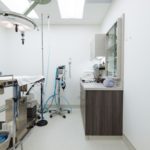