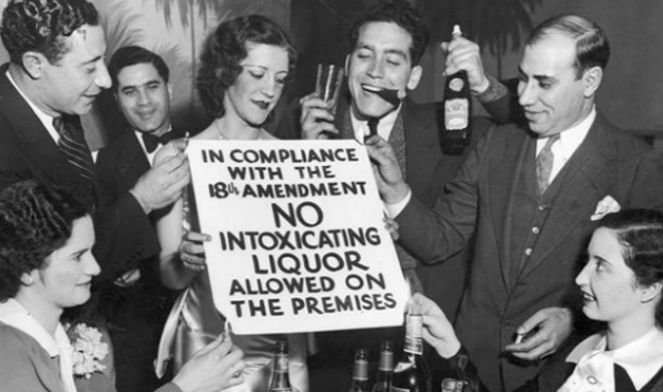 We’re re-sharing a recent article by our own Paula Klimek in the MSCA June newsletter below.

THUS, WITH THESE WORDS, BEGINS THE STORY OF MY VISIT TO A LOCAL “SPEAKEASY.”

But to begin at the beginning, on a warm Spring day in March (no really, we had one of those this year) a group of us had watched four young girls giggling and appearing a little nervous milling about the photo-booth at Stanley’s, a popular bar and patio in Northeast Minneapolis where we were having cocktails and appetizers.

Finally, the group of girls entered the photo booth and we assumed would pose for some pictures and file back out. They didn’t.

Highly curious, our group entered the photo booth to be greeted by a door with a small sliding peephole. When the peephole did not open, I knocked. Said peephole opened and a burly man in a 1920’s style suit with hat and tie inquired “What do you want?” Fortunately, I had heard a rumor about this place and what to say and blurted out “Hello, I’d like to buy a couch!”

And like Aladdin’s lamp, the door opened and our burly leader led us up a stairwell to “Al’s Place” where our group was transported to a magical replication of a fascinating time in history, the roaring twenties, a period where alcohol was prohibited and thus “Speakeasies” were born as a means to get alcohol after Prohibition came into effect.

Definition: “A speakeasy, also called a blind pig or blind tiger, is an illicit establishment that sells alcoholic beverages. Such establishments came into prominence in the United States during the Prohibition era (1920–1933, longer in some states).”

As we ascended, a hidden smoke machine expelled a fine mist around Al’s Place simulating cigarette smoke. Jazz music played softly in the background and bartenders and wait staff milled about elegantly dressed in a Great Gatsby dress over here and a flapper dress over there with a couple of gentleman’s fedoras observed.

Our group mozied up to the bar and as that saying goes “When in Rome, we drank like it was the 1920’s” with precision made vintage Prohibition cocktails. We learned from our bartender that Al’s offers a “Cocktail class.”

!t the end of the evening, I truly felt that I had just returned from a time machine trip to the 1920’s and am already planning my next speakeasy adventure to “The Velveteen Speakeasy” in Stillwater. The cocktail bar has no sign outside the building, but etched in the concrete on the main entrance is a “V,” and the words “Follow the rabbit.”